Expanding and Shipping to Canada

Some call it the U.S.’ “little brother” and others call it “that neighbor up north,” but ever since the North American Free Trade Agreement was signed in 1994, Canada can be officially referred to as the United States’ largest trade partner. If you are still unconvinced by this title, then here are some statistics that may convince you otherwise:

The statistics shown above brings to light how crucial Canada is as a trading partner to the United States. When looked at on the state level, the numbers are still staggering. Take Michigan for example. It is estimated that around 259,000 jobs rely on Canada, and that total number of jobs is only 8th most out of all the states. Furthermore, Michigan sells more goods to Canada than the next sixteen foreign markets combined. It takes up about 46% of all of Michigan’s foreign exports, and was worth about $25.4 billion in 2014.

Seizing the Opportunity
Statistics shows that trade with Canada is growing, and this is why expanding into Canada should be a primary objective for a business looking to gain more market share. With more than 33 million new potential customers within striking distance, that expansion should not be as difficult as other foreign markets. It is important to note that before 2007, trade primarily flowed from south to north. When the recession hit, however, the value of the U.S. dollar decreased, while the Canadian dollar has remained mostly undeterred. Because of this, the flow of trade has shifted more towards north to south, with America supplying the growing demand for online retail in Canada.

Trucks Trump All
With expansion being a possibility, the issue of how you should get your goods into Canada arises. What is the most efficient way of doing so? Well, it is estimated that 82.2% of all freight that passes through the border is done on land by truck, rail, and pipeline. However, it appears that trucks trump all other forms of border crossing transportation. In December of 2014 for instance, the amount of goods that flowed between Canada and the United States totaled to about $53.1 billion, and trucks handled 54.8%. The use of trucks as a means of hauling freight is expected to grow at 4.7% a year, which is more than the 1.7% expected of air and 0.7% expected of rails. 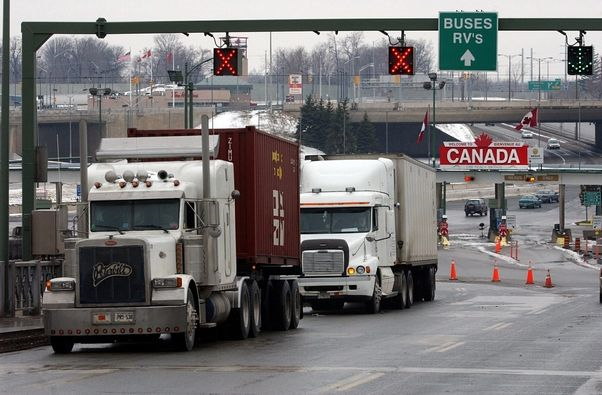 Things to Know Before Shipping to Canada
With these statistics set in place it is easy to see that expanding in Canada is a lucrative idea, and it is most dependable and affordable to export by truck. In case you are thinking of expanding and shipping freight to Canada, here are some things you should know:

The Beginner’s Guide to Pick and Pack Fulfillment

Cybersecurity in Logistics: How to Protect Your Supply Chain from Cyberattacks

Get It While It’s Hot: A Guide to Flash Sales

Supply Chain in a 5G World