After brokering a new deal earlier this week, West Coast ports are back in production. The development has alleviated the shipping crisis, and was a breath of fresh air for manufacturers across the nation. However, even though the nation was spared from a debilitating occurrence, the effect of shutting numerous important West Coast ports down briefly will have negative impacts on the economy.

Cause of the Shutdown
The root of the congestion was the contract dispute between the International Longshore and Warehouse Union (ILWU) and the Pacific Maritime Association (PMA). Surprisingly, the nine month long standoff actually started amicably when the contract negotiations began. Even when the ILWU and the PMA were not able to broker a deal back in June, the workers still agreed to work, but it did not stay that way. West Coast ports were reported to have been operating under reduced capacity since October of 2014. The PMA blamed the ILWU, claiming the union was withholding skilled crane workers and slowing down operations in order to gain leverage for contract negotiations. On the other hand, the ILWU was saying the PMA were cutting shifts and exaggerating reports in order to sabotage a new deal. It was a messy affair, and the situation kept getting worse until it finally reached a boiling point in February.

The Dispute Reaches New Heights
After months of fruitless negotiations and suspected sabotage by slowing down work, the PMA finally decided that it would not hire workers to unload and load carriers. This course of action effectively shut down most operations of 29 ports throughout the West Coast. The effects of doing so rippled throughout the whole country as those ports were responsible for handling about $1 trillion worth of goods. Numerous industries were affected as produce and goods were stranded.

The Short Term Effects
In the month of January, the port of Los Angeles handled 29% less cargo and the port of Long Beach handled 19% less cargo in the same period. Ripples were created as a result of having the busiest (LA) and second busiest (Long Beach) ports in the United States be drastically less productive. Usually, containers would have been on the highway in two to three days time, but because of the lack of manpower it took about a week or more for these to be on the road. This meant that goods stayed in one place longer than necessary, and that delay hit retailers hard. Even big companies were not immune to the effects of the shutdown, and invariably suffered. For instance, Macy’s saw a 12% delay for its merchandise in the first quarter, which could hurt them in the long. 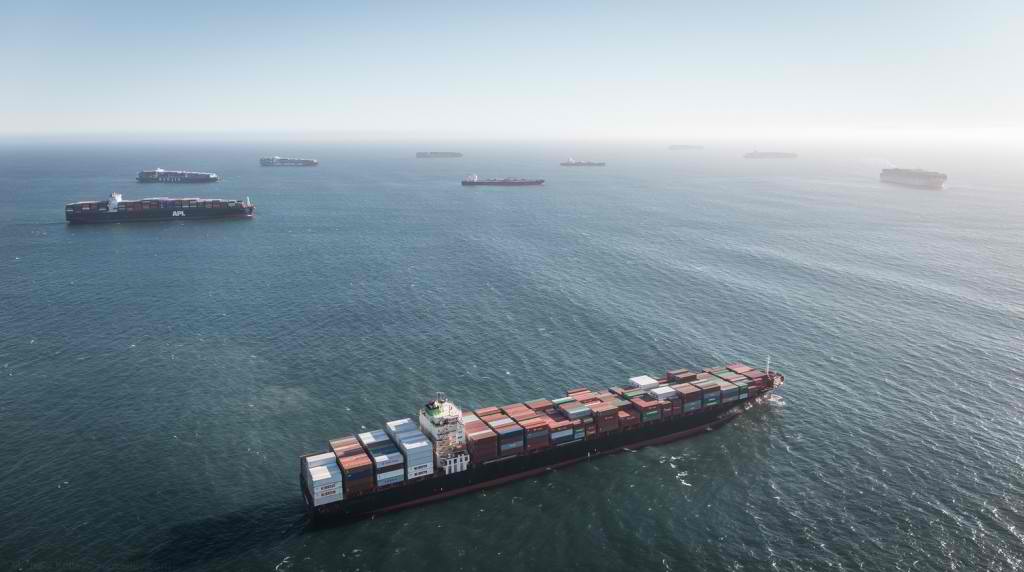 Out of all the retailers and manufacturers however, fresh produce seemed to be hit the hardest as can be seen through the meat industry. Analysts expected there was an overstock of about 528 million pounds of pork, and 471 million pounds of beef for January, which was the largest number that industry had seen in three years. This had a major effect because pork is the country’s most exported type of meat. On a yearly basis, the United States exports 21% of all pork, and 11% of all beef produced. Furthermore, roughly 66% of meat exported, or $9.25 billion, relies primarily on ocean freight, and 80% of that is done through the West Coast ports.

Taking a Jab, but Dodging a Haymaker
Overall, the four day partial shutdown is expected to bring losses of up to $7 billion to the economy. Thankfully, the shutdown did not last as long as the expected time frame of ten days. If that had happened, the total loss would have amounted to $37 billion, or $2.1 billion a day, over a 24 month period. It would have also shaved 1% off the total U.S. GDP, which would have been a major setback for the recovering economy. Furthermore, the effects of the 2015 shutdown could have been far worse than the 2002 shutdown, which saw 20 ports shutdown and a loss of around $1 billion each day.

Slow Recovery
With a new deal set in place, the ILWU is beginning the process of unraveling this messy affair. In Wilmington, CA, ILWU has hired 1,500 workers for the night shift to speed up the process. It is an increase  from the usual 800 to 1000 workers that the union usually has working. It is a necessary step however, as there is expected to be six to eight weeks of back logs to go through.