The fall of Detroit in 2013 was unfathomable to many at that time. What was once dubbed as the “Paris of the west,” had been reduced to a decrepit and ramshackle city. Four years earlier, Detroiters had to witness the big three’s massive failure as Chrysler, GM and Ford had to beg congress for a bailout in order to stay afloat. Although times have been hard for the motor city over the past decade, it is currently going through a renaissance that is revitalizing the city. New waves of investors and entrepreneurs are being lured to the city because of how it possesses key factors that allow new businesses to thrive.

Business Friendly Taxes
In order for a business to thrive it must be founded in an environment that will support it and allow it to grow, and this is especially true for startups. One critical aspect of finding a business friendly site are taxes, and whether or not it will choke the life out of a young company. Fortunately for Detroit and Michigan business owners, the state created a simpler and more competitive tax rate in 2012. This positive change has reduced business taxes by an estimated 86%, and has improved Michigan’s tax ranks drastically. Before the aforementioned reform, the state ranked 49th for corporate taxes, and 18th overall for business friendly taxes in the state. However, after the reforms were implemented, Michigan shot up to 9th overall for corporate taxes and 12th overall for tax rank.

Access to a Skilled Labor Force
It is no secret that the auto industry is the lifeblood of Detroit, and it has been that way for decades. However, that has not always had a positive effect on the city. The reliance on the auto industry also served as a roadblock for the entrepreneurial spirit in the city, as workers were employees rather than entrepreneurs. There has been a shift, however, ever since the large corporations began to fail. Although there was a mass exodus from the city, those who remained had to evolve to become more like entrepreneurs. In fact in 2009, 1200 entrepreneurs graduated from the Kaufman Foundation’s FastTrac Program.

In addition to having a large amount of highly skilled labor force available, Detroit is also within close proximity to a premiere research university. This will ensure that access to future talent will not be an issue down the road. 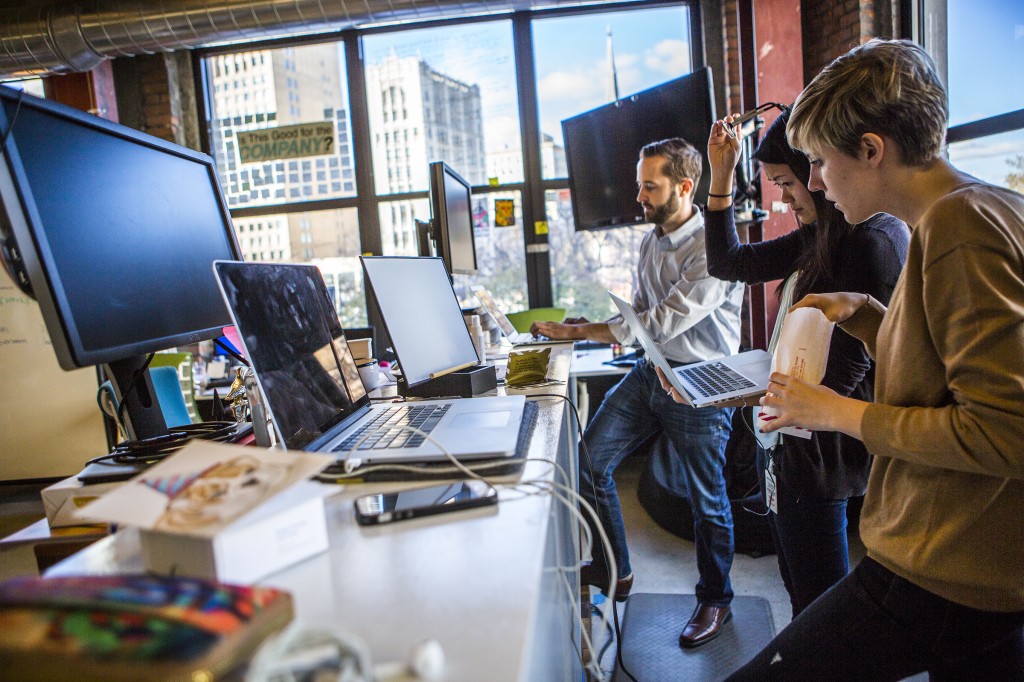 Location and Infrastructure
Part of the revitalization of Detroit is the reverse exodus of professionals that are returning to the motor city. Neighborhoods that were close to being deserted are being repopulated. An example is how the properties in Midtown Detroit were transformed into residences and businesses. One key reason why the transformation has gone so well is the willingness of landlords to work with entrepreneurs. The potential improvements that storefront sales could bring to a neighborhood are attractive to a landlord, and that further drives their openness to new businesses. This in turn improves affordability and makes it easier for entrepreneurs to start a business they are passionate about.

Government Support is Vibrant
Both the state and city government have made helping small businesses a priority. Their dedication and cooperation has been key to the economic growth of Detroit. The state has also provided grants for startups, such as the 21st Century Jobs Fund which is aimed to aid the growth of the technology and alternative energy industries in Detroit in order to diversify Detroit’s economy. Furthermore, there are also organizations such as the Detroit Economic Growth Corporation that act as liaisons between businesses and the government.